Mr. Olympia 1971: A Controversial Year - Old School Labs
Please upgrade your browser to use oldschoollabs.com
Your browser is outdated and is no longer supported. Please use any of the following browsers to make oldschoollabs.com, and any other website, load faster, easier to use and more secure.
Home » OSL Blog » Mr. Olympia 1971: A Controversial Year
Be the first to comment
Bodybuilders, Competitions

If you’re just tuning in, we’ve been recapping the Mr. Olympia competition from its inception in 1965. Need to catch up? Here are the links to the prior years, come back to 1971 when you’re ready!

A Change of Venue

The International Federation of Bodybuilders (IFBB) was continuing to work hard to include a more international field of athletes in their organization.

They decided that the 1971 Mr. Olympia would be held in Paris, France under the direction of the Vice President of the IFBB, Serge Nubret. In addition to the Mr. Olympia, the steadily growing IFBB Mr. Universe would also be included with the Mr. Olympia that year.

In order to separate themselves from their rival bodybuilding organizations, the IFBB began a strict policy of not allowing their athletes to participate in any competitions that were not sanctioned by the IFBB.

The IFBB was quickly growing, thanks to the tireless leadership of IFBB President Ben Weider and his brother Joe’s popular Muscle Builder and Power magazine.

However, they were competing with organizations like the AAU in the United States and NABBA in Europe.

These organizations were more established and continued to attract bodybuilding competitors from around the world.

Beginning in 1971, Ben Weider made a shocking announcement to all the IFBB athletes. If anyone competed in a non-sanctioned IFBB event, they would be suspended from competing in the IFBB for a full year.

This rule would create some serious consequences in regards to the Mr. Olympia that year, as we shall see.

Several contestants who arrived early to register for the contest were disheartened to learn about the new rule when entering non-sanctioned IFBB events.

Due to this rule, they would not be allowed to compete this year.

Sergio Oliva, 3x Mr. Olympia and one of the greatest bodybuilders on the planet, was informed that he would not be allowed to enter the Mr. Olympia. He had competed in the NABBA Mr. Universe contest in London only one week earlier, losing out to the legendary Bill Pearl.

In addition to the loss of Sergio in the Mr. Olympia that year, Franco Columbu was also suspended from competing in 1971. Franco had won the IFBB Mr. Universe the previous year and had also won his class at the IFBB Mr. World.

However, the IFBB decided to suspend Franco from competing in any IFBB competitions in 1971 for, of all things, his participation in the 1970 AAU Professional Mr. World contest.

Although Arnold was also in that competition, Franco was the one who was suspended. Technically still an amateur athlete, he chose to compete as a professional, which sealed his fate.

Roy Callender was also another casualty of the new IFBB rule. Roy was a top athlete in the IFBB and he would have been a favorite to win the Mr. Universe that year.

However, Roy also competed in London one week earlier at the NABBA Mr. Universe contest. He placed second to Albert Beckles in the medium class, so he was suspended from competing in the IFBB Mr. Universe.

Surprisingly, Albert Beckles was allowed to compete in Paris for the IFBB Mr. Universe.

The reason for this decision?

Albert was not an IFBB athlete before he decided to cross over from the NABBA organization in 1971. It was a wise decision for Albert, as he had a very successful career with the IFBB.

Ken Waller and Frank Zane were two more notable athletes who were absent in Paris for the IFBB Mr. Universe and Mr. Olympia events. Waller won the overall in the amateur division of the NABBA Mr. Universe one week earlier.

Due to the rule decision, he didn’t even bother making the trip to Paris.

Frank had won the NABBA Mr. Universe one year earlier.

He also competed in his first Professional NABBA Mr. Universe in 1971 where he was defeated by Bill Pearl. Zane decided not to compete in the Mr. Olympia that year as he needed to strategize on his next move.

When the prejudging got underway for the IFBB Mr. Universe in Paris, France, the audience gave rapturous applause to the 54 athletes from 37 countries who filled the stage.

In the short class, Giuseppe Deinna, an Italian-born Dutchman representing the Netherlands, got the most attention.

Renata Bertagna from Italy, the shortest man in the class, was powerfully built and looked like a future winner in this division.

The medium height class featured several future bodybuilding superstars. Albert Beckles from England showed off his incredibly peaked biceps and rock hard physique to the delight of the audience.

Ahmet Enunlu from Turkey was a top international competitor with the thickness and shape to be a winner. Ed Corney wowed the audience and the judges with his symmetrical physique and mesmerizing posing ability.

His freaky most muscular pose elicited screams and a sea of flashbulbs from the sold-out crowd.

Vic Downs from Canada was also extremely impressive with his massive musculature and pleasing shape.

Karl Bloemer and Helmut Riedmeier from Germany were tall and massive and were sure to make an impact on the judges. They both also happened to be former training partners of Arnold Schwarzenegger.

The Winners are Chosen with Class Controversy

At the evening finals, the judges had tallied up their votes and were ready to award the winners for the 1971 IFBB Mr. Universe. As expected, Giuseppe Deinna from the Netherlands was the winner of the short class.

Renata Bertagna from Italy was in second place with Hubert Plummans from Belgium in third.

The medium class created some controversy from the audience when Albert Beckles was announced in second place behind Ahmet Enunlu from Turkey.

Even the judges expressed their surprise at this decision since they had Albert as the winner.

It was soon discovered that the judges’ committee had decided to test a new method of judging. It called for 4 first places out of 7 which would automatically name the winner.

Ben Weider, after realizing the wrong man was awarded first place, called an emergency session with the judges. They soon arrived at the correct decision.

Albert Beckles, who had left the stage after hearing his name called out in second place, was called back so he could be awarded the proper placing.

He walked onstage from the warm-up room wearing his pants as he was getting dressed when the expediter called him back onstage. As an apology to Enunlu, the judges allowed him to participate in the overall posedown along with the other three class winners.

The tall class also had its share of controversy when big Mike Katz from the USA was only awarded third place.

In the overall posedown between Deinna, Beckles, Bloemer, and Enunlu, Albert Beckles dominated with his incredible muscle hardness and shape. He was awarded the title of the 1971 IFBB Mr. Universe with the massive Bloemer in second followed by Deinna in third and Enunlu in fourth.

Guest Posing Before the Main Event

Before the Mr. Olympia contest took place, the audience was treated to a guest posing by the incredible Franco Columbu. Relatively new to the bodybuilding scene, the audience in Paris was taken by surprise at the sight of this mini-Hercules.

Franco was in an outstanding condition that day. His combination of incredible thickness and density combined with rock hard muscularity thrilled the audience. His physique revealed to them a future superstar in the bodybuilding world.

After his disappointment in not being allowed to compete against Arnold Schwarzenegger in the Mr. Olympia event, Sergio Oliva petitioned to the IFBB for the honor of guest posing before the audience that night. Ben Weider allowed Sergio to guest pose if he agreed to send a letter of apology to the IFBB.

When Sergio stepped onstage, the audience roared their approval.

The combination of the Oliva charisma and the outstanding Sergio physique stunned the audience. Sergio had shed some of the definition blurring water that allowed Bill Pearl to defeat him one week earlier.

This version of Sergio Oliva was one of the best ever seen.

As Sergio hit one patented Oliva pose after another, the audience lost their minds over what must surely be one of the two best physiques on the planet Earth.

It was a tragedy that Sergio was not allowed to go directly against Arnold on this historic night in bodybuilding!

With the appearances by Franco and Sergio out of the way, the only thing left that evening was the posing routine of the reigning Mr. Olympia Arnold Schwarzenegger. Arnold had won his first Mr. Olympia one year earlier in New York, defeating the mighty Oliva.

He had prepared for this contest with the intensity and dedication required for a rematch with Sergio. He never thought that he would be unopposed at the 1971 Mr. Olympia.

The physique that Arnold presented to the judges and the audience in Paris was nothing but spectacular. Even bigger and more defined than last year, Schwarzenegger had to be the best bodybuilder in the world.

Weighing nearly 250 pounds, Arnold was massive! His 22-inch arms and ponderous pecs were a sight to behold. Even his once much-maligned legs were fantastic – bigger and more separated than ever before.

As Arnold accepted his prize of $1,000 cash from Joe Weider and promoter Serge Nubret, the sold-out audience had to wonder how fantastic this event could have been if both Sergio and Franco would have been allowed to compete against Arnold for the Mr. Olympia title.

In the end, the 1971 Mr. Olympia was a contest of what could have been and not what really was.

Do you agree with the rule change set forth by the Weiders? Do you think Arnold still would have won if Sergio and Franco weren’t disqualified? 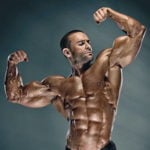 How to Gain Muscle Mass: Tips for… 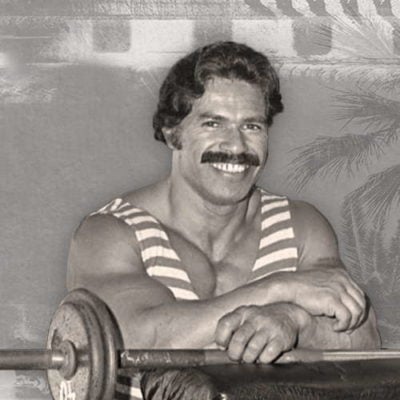 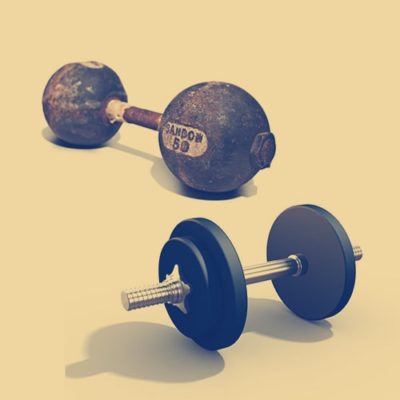 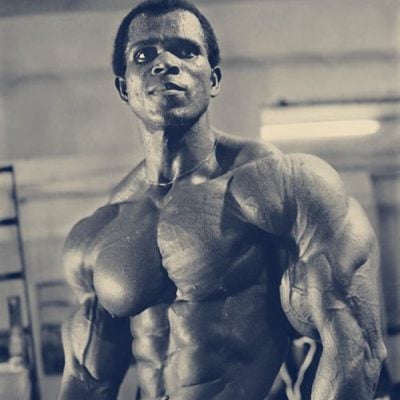